The Fight For Free Software

Keep RMS in Board of Directors in FSF
Richard M. Stallman [...] has been a driving force in the free software movement for decades [...]. Recently, there have been vile online attacks looking to remove him from the FSF board of directors for expressing his personal opinions. We have watched this happen before in an organized fashion with other prominent free software activists and programmers.
Remove the entire Board of Directors of FSF
Richard M. Stallman [...] has been a dangerous force in the free software community for a long time. He has shown himself to be misogynist, ableist, and transphobic, among other serious accusations of impropriety. [...] we call for the entire Board of the FSF to step down and for RMS to be removed from all leadership positions.
signatures for reinstatement
signatures for removal

On September 16, 2019, Richard Matthew Stallman resigned from MIT and FSF after being accused of defending pedophilia. On March 22, 2021 Stallman announced his return to the FSF board of directors. Next day an open letter was published, claiming that Richard Matthew Stallman is a misogynist, ableist, and transphobic, quoting his blog, and calling for the removal of the entire FSF board of directors. Shortly thereafter, a support letter was published defending Stallman, pointing out that the open letter intentionally took many quotes out of context, cited unverified sources and misinterpreted Stallman's behavior.

The open letter provides factually incorrect information. The maintainers ignore and delete all reports, warnings and questions they receive. The open letter signatories refuse all discussions and discriminate Stallman supporters.

We believe the open letter is a coordinated attack on the Free Software community. Among the signatories of Open letter are many for-profit organizations and license issuers. Corporations want to dissolve Free Software Foundation and take over Free Software. A lot of Free Software is licensed under GPLv3-or-later, which means that if FSF is replaced and the new board of directors updates the General Public License, free software may become a synonym to open-source, allowing its use without disclosing sources.

Help us to save Free Software by signing our open letter at rms-support-letter.github.io! 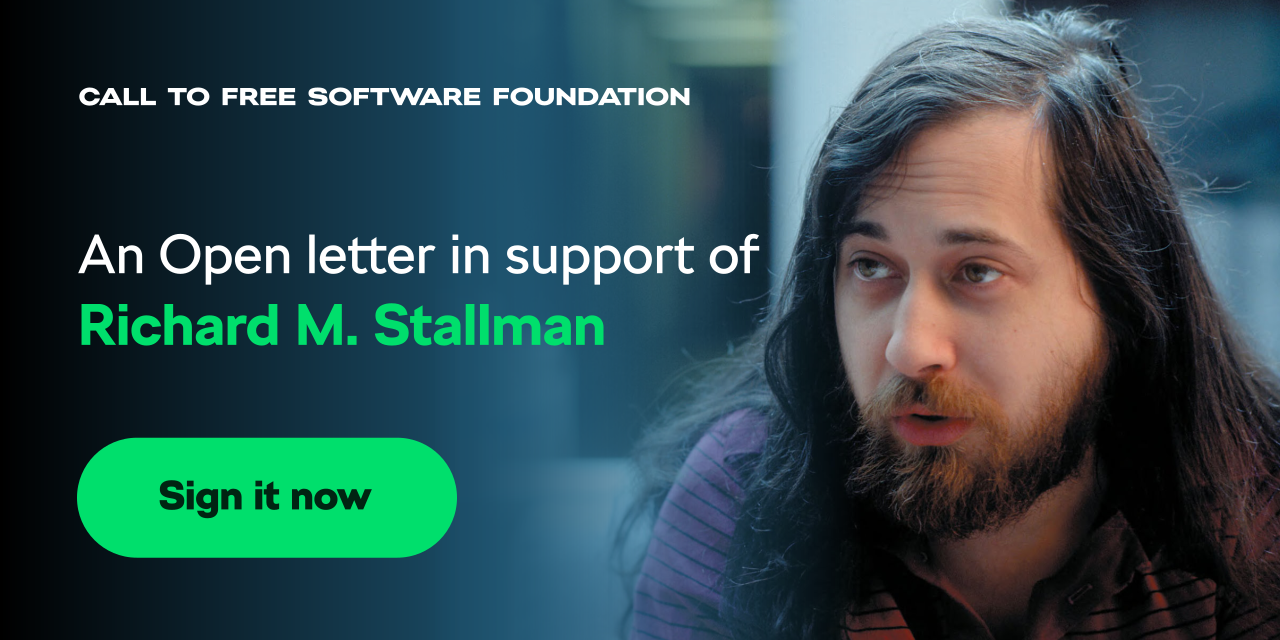